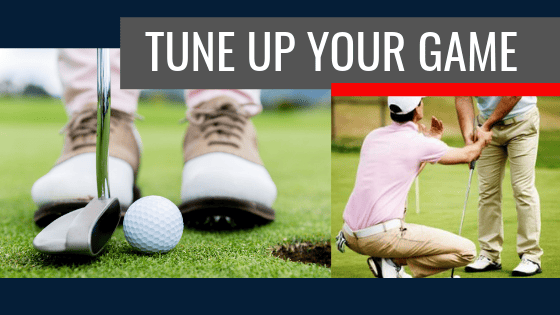 You can practice putting anytime!

The following at home golf drills are beginner level to build basic fundamental putting stroke skills. You need just a few phone books and a coin or tee to set up these indoor putting practice drills.

Also, you can practice these putting drills on carpet if you don’t have a synthetic indoor putting green.

Drop two phone books onto the ground at home and leave enough distance between them that your putter can barely squeeze through. Make practice strokes focusing on keeping the putter path straight and putter face square. If you don’t, you may bump into the books which give you feedback that your putting stroke wasn’t straight for that stroke.

Set up two phone books again so that you’ve left your putter enough room to make a stroke between them. Now place a 10 foot piece of painter’s tape in the middle of the path and parallel to the books so that it creates a target line. Several feet of tape should be outside the books so that you can see how your ball stays on line for several feet.

Set a golf ball down in the middle of the books path on the target line you’ve created and stroke putts. You can use the books to monitor your back swing length compared to your forward swing length. The forward swing should be equal or slightly bigger than the back swing. Using the books as a guide for a straight putting stroke, try to see how many putts you can keep on the tape/target line.

Pick a target to putt to from 3 feet away and using just your right hand, stroke one handed putts trying to hit the target. Make sure to keep the putter path straight still as well as the face square to your target. This will build your putting stroke by ingraining skill with one hand.

Repeating the same golf drill from above, use just your left hand to stroke 3 foot putts to a target you’ve selected. These two one handed putting drills make a our list of the best golf drills at home because of their simplicity but also their effectiveness.

You’ll be surprised how much more confident you feel once you can master one handed putting strokes. Spend 15 minutes each day and it will add up over the month, you’ll see.

One of the best ways to practice putting at home is simply working on your control of the putter face. Set up a golf tee so that it’s upside down.

Starting 3 feet away, putt a ball to the tee trying to knock it over. Then move back to 4 feet, 5 feet, and so on. Try to work your way back to 20 feet away and still be able to knock the tee over.

You’ll gain amazing feel of your putter’s face and know when you’ve closed the face or opened the face during the putting stroke since you’re hitting to a super small target.

Drill #6: Putting to a King of Hearts

Grab a King of Hearts playing card from a deck of cards and lay it on the carpet or floor several feet away from you. Attempt to putt the golf ball with enough speed that it stops on top of the king of hearts.

This is a challenging putting drill that will improve your putting distance control before you know it. And using a playing card helps simulate a golf hole since it’s small, so you’ll also work on your putting accuracy by making sure you’re aligned to the target properly.

For this putting practice drill, you want create a 1 foot long box or zone using tape or some sort of distance marker. The goal is to putt all 3 balls into this zone with each ball going slightly further than the previous ball. But the 3rd ball can’t go beyond the 12 inch zone. It teaches you putting distance control by forcing you to feel each putt and try to replicate that distance but slightly further without over hitting the ball so that it rolls beyond the 1 foot long zone.

Lastly, we want you to improve your putting set up and your stance. This is a fundamental step to helping you make a straight putting stroke.

Have your putter sitting next to the couch and during TV shows or during commercial breaks, stand up and work on the proper putting stance set up.

Doing this for just 15 minutes per day can build muscle memory and turn into a good habit so that your putting stroke improves without a whole lot of effort. 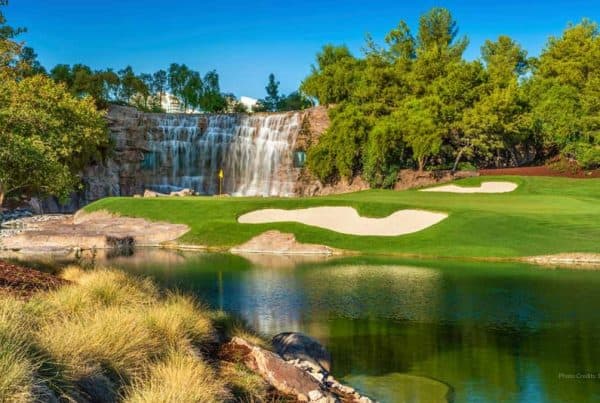 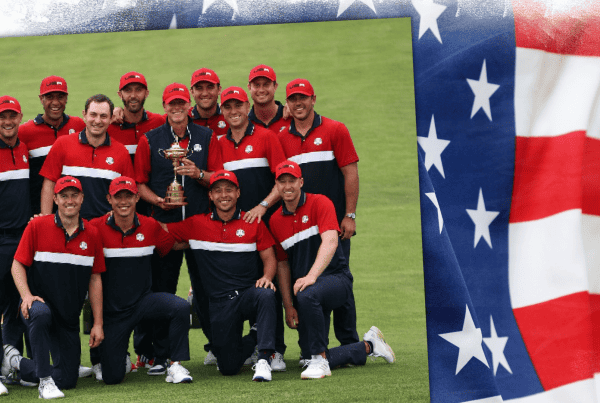 Memorable Moments from the Ryder Cup

Sam Ryder, the man behind the Ryder Cup